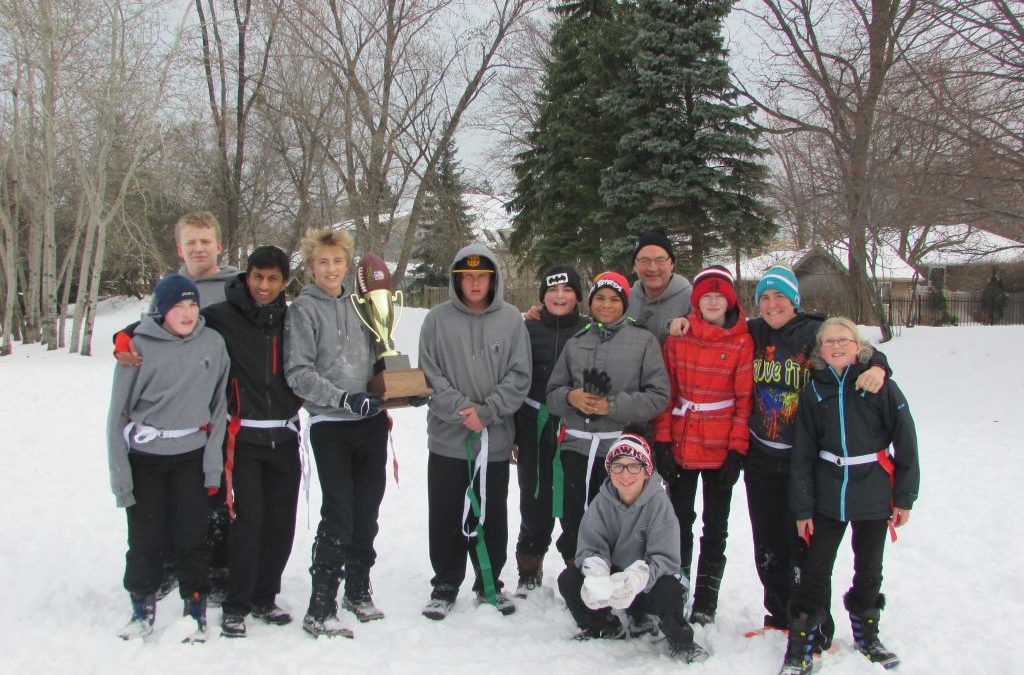 Fall 2016 saw the introduction of a new Intramural Sport at Chisholm Academy – Flag Football. The season started in October with pickup games on Tuesday and Thursday. In November, the Championship tournament was held. In the semi-finals, Team 1 defeated Team 3 by playing flawless football. In Semi-final number 2, an instant classic, Team 2 upset Team 3. The final between Team 1 and Team 2 was played on a bitterly cold day amidst snowy conditions on the frozen tundra of the Academy Field. Still, this did not prevent the teams from putting on a great display with Team 2 clinching the win. The season ended with a pizza party and a viewing of the semi-finals and final game on video.