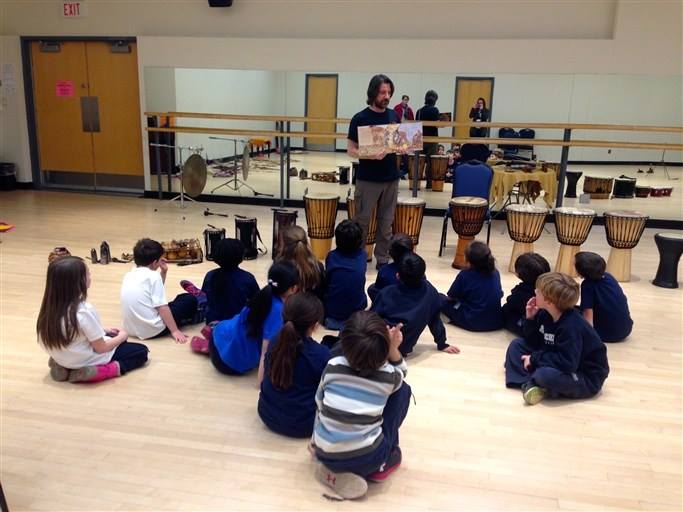 Grade 2 MacLachlan College students visited the Mississauga Living Arts Centre last week to participate in two workshops supporting their “Where in the World” IB unit. Students made mixed media relief paintings of famous landmarks from around the world, including the Sydney Opera House, the Eiffel Tower, the Parthenon, the Tower of London, the Bean in Chicago, the CN Tower, and the pyramids of Egypt.
Later that day, students had the opportunity to play drums from around the world! They learned about the elements of music, experimented with drumming at different tempos, dynamics, and pitches, and did a series of call and repeat patterns. They went on to create a class sound scape of a thunderstorm, with students playing a variety of instruments to contribute to the atmosphere. They finished off our experience by being transported to West Africa, where they played the drums and performed a dance for the village chief. Some students dressed up in costume to dance for the chief, while others played drums or percussion instruments.
What a spectacular day and learned a great deal!